Source: Getting Real About Reparations by Roger D. McGrath – The Larry Elder Show

Most Frequent Visits By Country Some people in the USA have become unhinged. They want to remove Confederate monuments from public squares and colleges because they are symbols of “oppression and slavery,” as well as remove sculptures of Washington and Jefferson because they were slaveholders.

If you follow this “logic,” then we should demolish the Egyptian pyramids because they were built with the help of slave labor. We should also level the White House because it was built by slaves.

Or perhaps we should remove anything that offends us. Perhaps we should level Auschwitz in Poland and Dachau in Germany, concentrations camps of the Third Reich, symbols of Nazi oppression and slave labor.

Did you know that slavery still exists? Sex trafficking is the number two crime under drug trafficking, raking in billions of dollars each year.

Unfortunately, not all history is pleasant. Slavery is one of the evils of mankind, practiced by all races.

Ai Weiwei once dropped a Ming vase for artistic purposes. The photographs above record this.

His Sunflower Seeds Exhibition is a room full of ceramic sunflower seeds that are so authentic, people are afraid to walk on them. Chairman Mao was the sun while the Chinese people were the sunflowers, who supported the revolution.

Since the revolution, everything is checked by the government to make sure it’s politically correct. Unfortunately, Mao made young people turn against their families, the police and their teachers. It’s estimated that 70 million people were murdered under his regime. Ai says the West tolerates China, but that won’t help them become a modern society.  Ai’s name is blocked in China. His phone is monitored, and his blog is censored. Social media is also blocked because the free exchange of ideas threatens the Chinese dictatorship.

The Chinese government beat Ai, imprisoned him and bulldozed his art studio; and yet, Ai says he still trusts people. Ai created an installation that replicates the Chinese interrogation rooms. He said he didn’t get a lawyer after they arrested him, and they threatened to lock him away forever.

His crime? Creating artwork and blogging.

In spite of this, Ai Weiwei encourages young people to get involved with social media because of its power. He says one individual can make a difference.

Marina Abramovic is a performance artist from Belgrade, Yugoslavia. Like many artists, she deals with pain through art. Marina never felt loved enough. Her mother beat her; she never kissed her. Her parents fought. In spite of this, Marina wants to lift the human spirit through art.

When Mariana taught art, she told her students to take a hundred sheets of paper. Over the course of the semester, she made the students write down all their good ideas and put them in a stack. The bad ideas were thrown into a wastebasket. At the end of the semester, she said it was the bad ideas that were the best ideas. In other words, go where you’re afraid to go. Try new things. Failure is a teacher.

Artist William Kentridge would agree with her. He said sometimes the best ideas are really bad.

William Kentridge is a brilliant artist from South Africa. His background is drawing, theater and film. He does a cross-medium between different genres. He doesn’t work with a script or a storyboard. Oddly enough, he had no work experience by age 30, so his friends said no one would hire him. Then Kentridge concluded that he was an artist.

Kentridge uses art to make sense of the world, particularly through animated films. Like Enrique Martinez Celaya and Marina Abramovic, Kentridge believes in the power of failure. He said you can be rescued by one’s failures, and sometimes the best ideas are really bad.

Historically, Kentridge is right. If you disagreed with the Inquisition, the leaders of the French Revolution, Lenin, Hitler, Stalin, or Mao, you were either killed or sent to prison. Sometimes your friends and family were also killed. Today in America, if you express a different opinion, the Media comes after you, or you’re crucified through social media. But to be open-minded, to see the world as unfolding is exciting.

Kentridge said every artist uses other people’s pain as well as their own. There’s an appropriation in other people’s distress in being a writer or an artist.

He’s absolutely right! Thank goodness art helps us make sense of the world. Not to mention, art is a healing tool.

William Kentridge is not only an artist, but a philosopher. Maya Lin is the creator of the Vietnam War Memorial in Washington, DC. She’s an architect, a landscape painter and an environmentalist. All her artwork is focused on nature, terrain and topography. She grew up in Ohio, where she spent a lot of time in her dad’s ceramics studio.

Lin is sensitive to her Chinese cultural heritage. Between 1872 and 1940s, the Chinese couldn’t become American citizens. They were the first to sue for civil rights. I write about the American government’s discrimination toward the Chinese in my book The Preacher’s Daughters.

Lin says the past is here to inform us. But do we learn from the past? Professor J. Rufus Fears from Oklahoma University says, “History doesn’t repeat itself, but men and women repeat history.”

Lin tells people to get back to the child in you. Get back to discovery. Be curious. Just experience something; be in the moment. She describes art as another language, another voice. It captures the time we’re in, and art will be with us until the end of time.

Jeff Koons is a great source of inspiration to me. He said his older sister did everything better than him; then he found something he was finally good at: art.

Art gave Koons a sense of self. He was trained at the Chicago Art Institute. His art is expensive to make and to buy. One of his balloon sculptures sold for $26 million dollars in London. His Balloon Dog is very popular; his Silver Bunny is an icon.

Like Andy Warhol, Koons is a celebrity artist. I admire his uplifting statements.

Koons said, “What people want to do the most in life is what they avoid the most. The job of an artist is to make a gesture and really show people their potential; then people will live to their full potential. It’s not the object or the image that’s important. Art happens inside the viewer; that’s where the value is.” How true! Art isn’t about the sculpture, the painting, the movie or the book. It’s how art impacts you and has the power to change your life.

In western society, we’re judged by how much money we make and by our position. Perfectionism and hard work are highly valued, and unfortunately, lead to burn out. In America, more people visit the doctor for stress and for stress-related illnesses than for any other reason. Failure is not tolerated.

Performance artist Marina Abramovic said failure is a teacher. Artist Enrique Martinez Celaya agrees with her. Celaya says the art process leads to many failures. The avant-garde believed that failure led to success. Eastern religions believe in “failing better.” After all, failure taught Thomas Edison to repeatedly innovate. Regarding the lightbulb, he said, “I have not failed. I just found 10,000 ways that won’t work.” 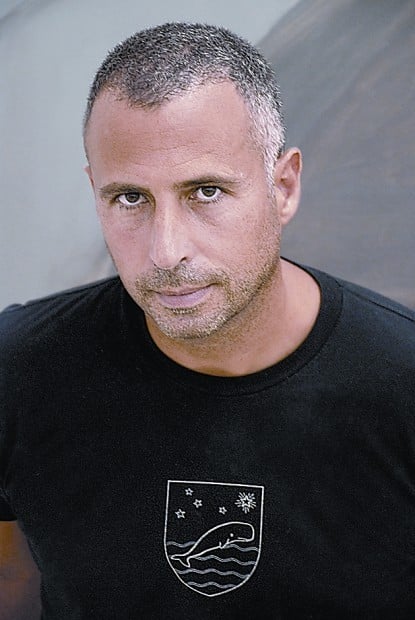 As a writer, I wrote for many years before my first book was published. Now I realize that failure and rejection should not depress or discourage us. Failure makes us develop a thick skin. It teaches us to innovate, and it leads to self-discovery. Remember, Mozart and Van Gogh didn’t become famous until after their deaths. But even if you don’t succeed in the world’s eyes, let alone become famous, it’s the process of making art that creates unspeakable joy and leads to self-discovery.

So don’t shun failure. Welcome it!